Whole-genome sequencing projects have provided unprecedented insights into human diversity, dispersals, and past admixture events. They also provide a framework for the design and interpretation of medical genetics studies. However despite these advances many populations remain understudied, restricting our understanding of genetic variation and exacerbating health inequalities. In this talk I will discuss our recent efforts to extend our understanding of global genetic variation and their implication for uncovering population history and genomic medicine. I will also present our recently published paper on the genomic history of Middle Eastern populations.

Dr. Mohamed Al Marri recently completed his PhD at the University of Cambridge specializing in population genomics. As a researcher at the Wellcome Sanger Institute, he co-led the analysis of the Human Genome Diversity Project, which analysed complete genome sequences in more than 50 populations from around the world, creating the most comprehensive reference of human genetic variation. He previously completed a Master’s degree at Imperial College London, where he identified genetic variants associated with autoimmune disorders. 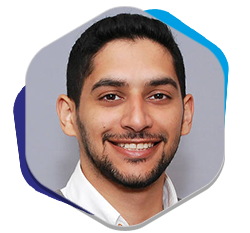 Dr. Mohamed Al Marri has earned his PhD in Genetics from the University of Cambridge. He headed a project to study Arab genome diversity and completed his studies under the Dubai Police Scholarship Program. He is a research oriented police officer who worked to extend our understanding of global genomic diversity and its functional and medical implications by analyzing whole genome sequencing data from two projects: the Human Genome Diversity Project, which is a collection of 54 global populations and through a project focusing specifically on Middle Eastern populations.

Important note: All workshops will be on a first come, first served basis.

The UAE has introduced the implementation of Value Added Tax effective 1 January 2018 at a rate of 5%. Conferences that take place in the UAE are liable to Value Added Tax under ‘Federal Decree-Law No. (8) of 2017, which will be reflected on all conference fees.

Beware of unsolicited websites and companies. Only the official Medlab Middle East registration forms can confirm your participation at the show. The list of official suppliers can be seen here.

Medlab Middle East will be organised in accordance with Informa’s AllSecure health and safety standard.

Our global reach in Healthcare

Whether in person or online we enable deeper learning, relationships and decisions.
Staging 12 live and online exhibitions, 110 conferences and reaching over 700,000 healthcare professionals, we are where the world of healthcare meets.

Together for a healthier world