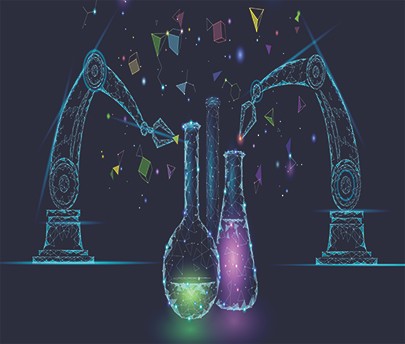 Rising medical costs have become a huge social burden throughout the world, having grown four to five times on average during the past three decades. The situation in the U.S. has been the most extreme with eight to nine times in growth rate, translated into total medical costs that totalled $3 trillion, amounting to 17.8 per cent of the gross domestic product in 2015.

The two main causes of high medical costs are one, the high price of medical services, and the high number of diagnostic tests performed. As a good example, in 2006 the total number of CT scans taken in the U.S. was 62 million, compared to three million taken in 1980, a 20-fold increase in just 25 years.

Government policies, exemplified by the Patient Protection and Affordable Care Act of 2010, play an important role in shaping healthcare expenditure. Beyond policy, a potential solution to reduce medical costs is to use informatics to provide quantified objective guidance, as suggested by the Institute of Medicine of the National Academy of Sciences.

Biomarkers Validated to Save Medical Costs

Genomic Health’s Oncotype Dx and Heartflow’s CT-FFR are both good examples of biomarkers that have been successfully commercialised, reimbursed both by private and public insurance in reference to extensive evidence supported by favourable results from various prospective clinical studies.

Oncotype Dx is a molecular test based on genomic analysis that predicts individual response to chemotherapy in early breast cancer patients. Because historically around 50 per cent of hormone-receptor-positive early breast cancer patients received adjuvant chemotherapy in which only two per cent would benefit from the therapy, there has been a significant cost-inefficiency involved. Studies show application of Oncotype Dx reduced approximately 60 per cent of unnecessary chemotherapy.

Heartflow’s CT-FFR is the only image-based analytics widely accepted as a biomarker on the market that predicts fractional flow reserve values through analysis of coronary CT angiography images based on computational fluid dynamics. Among stable angina patients, approximately 60 per cent of patients undergo invasive coronary angiography to evaluate the coronary vessels, in which only a small minority are found to have significant coronary stenosis subject to revascularisation. According to various studies, Heartflow’s CT-FFR helped avoid unnecessary invasive angiograms in 61 per cent of patients.

AI-powered Imaging Biomarkers in Radiology Can Save Medical Costs

The high-performance level achieved by newly developed AI-powered data-driven solutions can be attributed to the power of deep learning technology. Semi-supervised learning has been mainly applied, in which only a small proportion of trained data are annotated by experts to guide the training process, in turn allowing the AI algorithm to discover subtle image features and patterns hardly recognised through ordinary human vision associated with target lesions to be detected, interpreted, and diagnosed.

Among the 40 million mammograms performed each year in the U.S., on average around 10 per cent are recalled for a subsequent cancer detection rate of around five per cent, meaning a 95 per cent false positive rate. It can be estimated that from these unnecessary recalls, around $4 billion is wasted each year. Lunit’s mammography product, Lunit INSIGHT MMG, claims to be 98 per cent accurate (ROC AUC), and depending on the level of trust ultimately given by radiologists, the recall rate is expected to be significantly reduced by more than 50 per cent. If Lunit INSIGHT MMG is applied to all mammograms taken annually, this may lead to over $2 billion medical costs saved per year in the U.S. alone. Similar estimations for all products currently being developed by Lunit leads to an approximation of more than $20 billion in medical cost potentially saved per year by Lunit’s products combined.

A great majority of research in medical image AI has been focused on radiology images, but with recent technological advances that enabled high throughput scanning of pathology slides, AI applied to digital pathology images has garnered much interest in recent years.

The digitisation of tissue slides marks the inception of a new era when a myriad of new information will be at disposal for pathologists. This is especially true because pathology slides entail vast amounts of data, involving 10+ gigapixels when digitised at 40x magnification. Historically pathologists, responsible to review such slides through microscopes, were forced to simplify the overall characterisation of the tissue for consistent description that needed to be accurately conveyed and perceived. Even so, the discordance rate between pathologists has been reported to be high, ranging from four per cent for clearly cancerous cases like invasive carcinoma to 48 per cent for marginal cases like atypia.

Through AI-powered comprehensive, consistent, and quantitative analysis of digital pathology slides, diagnostic, prognostic, and predictive histomorphological features that have not been previously characterised may bring unprecedented clinical value. H&E slides, historically used to simply detect the presence of disease (e.g. cancer or not), and classify the basic types of disease (e.g. adenocarcinoma vs. squamous cell carcinoma), may be used to collect more information pertinent to even making treatment decisions, such as whether a cancer patient may respond to chemotherapy or not, hence functioning as imaging biomarker.

In fact, histomorphological features based on traditional pathology and AI-based analysis have both been shown to reflect the biological nature of cancer, and highly predictive of survival. Lunit’s preliminary research has demonstrated high level of correlation (R>0.7) between AI-powered analysis of H&E slides with RNA sequencing data of genes related to tumour proliferation, which is the foremost factor predictive of chemotherapy response.

Alike Lunit, many companies, both newly founded start-ups like PathAI, Paige.ai, and Proscia, and relatively older image analytics companies such as Indica Labs, Definiens, and Visiopharm, have been active in their own ways to find means to develop clinically useful AI-powered solutions in digital pathology.

The Future of AI-powered Imaging Biomarkers Is Bright

AI-powered imaging biomarkers will need to be properly validated through clinical studies before they can be widely used clinically. Nonetheless, the potential benefit is clear: valuable information through accurate, consistent, and objective analysis of images may be easily used and applied clinically for more cost-efficient diagnostic and therapeutic decision making. The data-driven nature of AI is what makes it so effective, but what is more remarkable is its applicability in readily available data, especially imaging data, already deeply incorporated in routine clinical practice, allowing it to be inherently cost-efficient.